The number of game releases is skyrocketing. As a result, reaching players and getting media, Youtube and streamer coverage is becoming simultaneously more important and more difficult. This is especially true for small teams with limited resources who must pick their PR battles wisely. This talk will pinpoint the most effective means of communicating with press and players, and will provide tools and tips for small teams and solo developers to apply to their games in order to be heard internationally.

homas Reisenegger works at the Brighton-based PR and consulting agency ICO Partners as a PR manager for games such as ‘League of Legends’, ‘Smite’, ‘Paladins’, ‘Endless Space 2’ and various indie games like ‘The Lion’s Song’ ‘Blackwood Crossing’, or ‘A Normal Lost Phone’. He also likes sharing tips of the fine art of PR by giving talks at events such as GDC, IndieCade Europe and Digital Taipei. In his free time, he enjoys going to gigs (a lot) and tries to be Scott Pilgrim (even more).

The developers of Uncanny Valley discuss how the game was a moderate success, even with their inexperienced development process of compromising ideas to release the game and marketing it with a zero budget.

Tadej Kupcic started in the industry by forming an independent company, where he worked as a programmer and game designer on self published independe

nt titles. One of the titles, Uncanny Valley, was received with positive criticism and good sales on Steam and was later ported to Playstation 4, Vita and Xbox One. Currently he is working as a junior Game Designer at an Austrian company Bongfish, where he is developing an unannounced AAA game. In addition he is continuing his indie career by creating a new game called Jim the Dim Reaper.

Danilo Kapel is a Slovenian based composer and sound designer, known for his work on the indie survival horror game Uncanny Valley by Cowardly Creations and Kresnik, an award winning series of short films based on Slavic mythology. He is currently shaping the soundscape and music of Cowardly Creations next project, Jim the Dim Reaper

Meet’n’Play:: Here is a list of games which will be showcased at the game exhibition @ button 2017:

Team Phoenix presents Phoenix
‘Find each other, stick together, survive it all!’ describes the core principles of Phoenix. Our unique setup enables VR-Players to not only experience a game themselves, but share their experiences with non-VR-Players. Only if the VR-Player does not neglect their duty of helping their fellow PC-Players and only if the PC-Players decide to work together, can they outrun their demise. 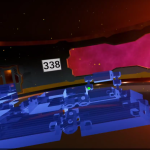 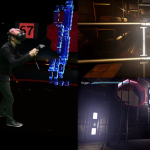 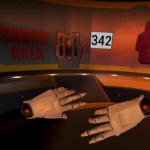 MarZ Rising is a tactical base defense game, in which the fight against the undead decides about life on Mars. Real Time Strategy meets Tower Defense. Build your martian base and defend it from the evil.  The player guides his crew through 20 breathtaking missions and slowly tracks down the mystery of the undead. Meanwhile, the gameplay challenges the creativity and responsiveness of the player. 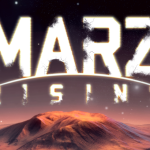 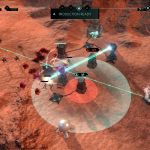 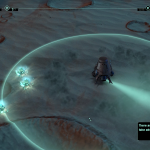 Lost in the Garden presents LIGHTFIELD

LIGHTFIELD is a crossover between classical arcade racing and free flying. It’s like wall running with a space ship, like a hyperfuturistic and omnidirectional version of parkour. A racing game with no predefined roads, no invisible walls or guide rails. 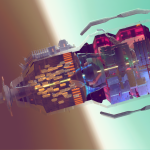 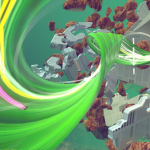 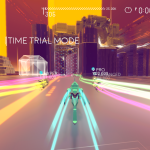 This game (formerly known as AiRena)  is a fast paced local multiplayer party game. 2-4 players can battle each other. The ultimate goal of this instant kill game is to be the first to reach 10 kills through head jumps or items. Gather your friends in front of a screen just like in the good old console times. 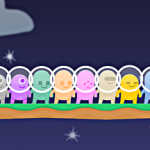 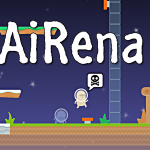 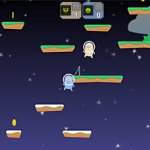 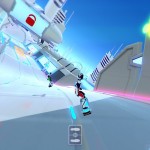 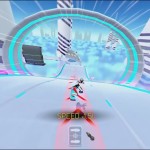 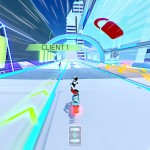 The evil wizard Gargamel and his ever present cat companion, Azrael, have finally found the Smurfs’ village and have scattered our lovable blue friends far and wide throughout the enchanted forest. Come along with familiar friends, like Papa Smurf, Smurfette, Brainy, Jokey, Greedy and the rest of the smurf family, as they guide you on a family fun adventure to build a new forest village for the Smurfs to call home. 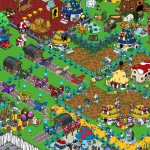 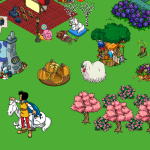 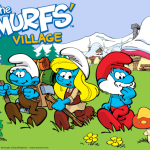 SAGA Finalists:: These five games will be exhibited in the Game Dev area as well @ button 2017:

You can vote for the finalists to get the Audience Choice Award at the Game Dev area. The awards will be announced on Saturday 20:00. Get to know the five SAGA finalists here: 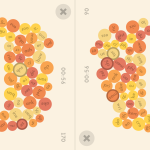 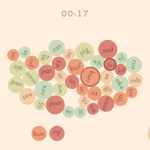 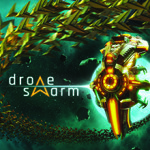 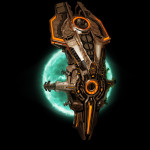